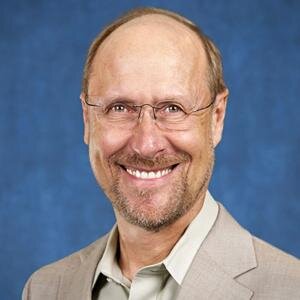 John has been a technology evangelist since the early days of the Internet. His series of interviews with Internet gurus, “The Civilization of Cyberspace,” was published in Communication World magazine in the late 1990s.

John was named an IABC Fellow in 2015, the highest honor the association confers to communicators who have significantly impacted their organizations, IABC and the communication profession.  (See news release).

He served two terms on the IABC International Executive Board and was Chair of the Research Foundation in 2000. In 1992, he received IABC’s District 4 Director’s Award and was named IABC/Iowa Communicator of the Year in 1994. Gerstner has received more than 50 communication awards, including more than 15 IABC Gold Quills.

In their spare time, when not playing tennis, John and his wife, Shelia, advocate for social justice for the disenfranchised of Jacksonville, Florida by assisting small community agencies with strategic planning and marketing. Their current project is the Youth Empowerment Summit (YES) produced annually in Jacksonville, Florida in December.

John is a frequent speaker and workshop leader on internal communications, intranets, enterprise social networks and business innovation. Please use the form below for inquiries about consulting or speaking for your organization.